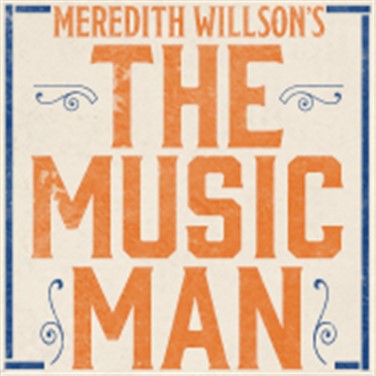 Hugh Jackman returns to Broadway in what is predicted to be the greatest role ever created for an actor in the history of musical theater: Professor Harold Hill in Meredith Willson's beloved classic, The Music Man.

Two-time Tony Award, Grammy Award, and Emmy Award winner Hugh Jackman will make his highly anticipated return to Broadway in what is widely agreed to be the greatest role ever created for an actor in the history of musical theater: Professor Harold Hill in Meredith Willson's beloved classic, The Music Man. Two-time Tony Award-winning musical comedy superstar Sutton Foster will star as Marian Paroo.

One of the most universally cherished treasures of the American musical theater, The Music Man was an instant smash hit when it premiered on Broadway on December 19, 1957. It went on to win five Tony Awards, including the prize for Best Musical, and ran for 1,375 performances. The Smithsonian Institution ranks The Music Man as one of the "great glories" of American popular culture.

Theatregoers eager to return to Broadway will need to show proof of full vaccination against COVID-19 before the curtain rises. Masks will also be required inside the theatre..

Exemptions will be made for patrons under 12 and those with either a medical condition or "closely held religious belief" that prevents them from receiving the vaccine. In those instances, the individuals will be required to show proof of a negative COVID test (either a PCR test taken within 72 hours of the performance or an antigen test within six hours).

In addition to proof of vaccination, all guests 18 years or older must also present a government-issued photo ID, such as a driver's license or passport. Guests under 18 may also use a school photo ID. Guests under 12 must be accompanied by an adult who meets the above requirements.

Please download your favorite App for navigation through the Theatre District / Midtown. "New York Offline Map" is a good one.If you like to plan in advance, we recommend you  use an app (like google, yelp, opentable, etc) to find restaurants nearby the theatre. Keep in mind there will be many places you can just pop into for a bite to eat - no reservations required!